The Airfix ambulance is from the “Airfix RAF Emergency set”, which contains incidentally several hard plastic figures and an Austin K6 Crash Tender. 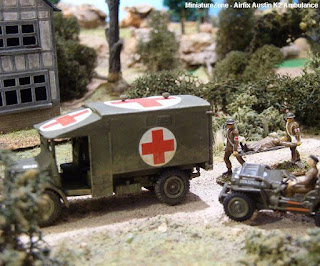 The ambulance has no real interior detail, and static modellers will probably want to replace the wheels, but all in all it is a fair representation of the vehicle in question. 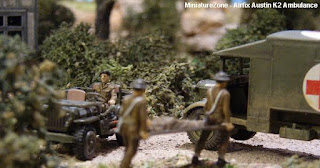 The stretcher bearers are not included with the kit, they are soft-plastic figures from the Airfix 2nd version British Infantry Set.