USAF Personnel with B-17 Bomber

A photo of some Airfix USAAF figures, with one Hasegawa fig. as well, along with an Airfix B-17 kit. 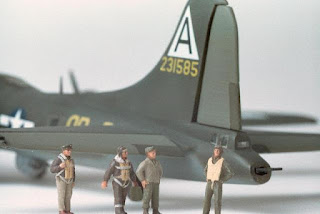 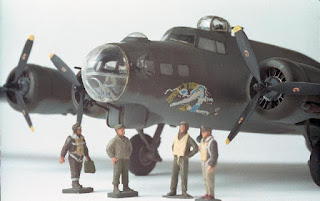 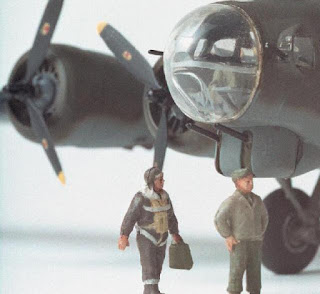 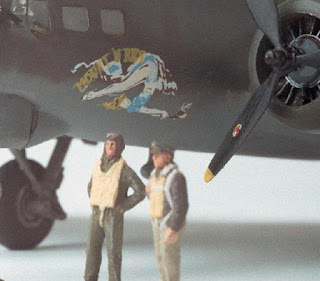 The Airfix B-17G has been converted to an early version using their rear fuselage from a Revell B-17F. The attachment point was just aft of the radio compartment. It took some work because the Airfix fuselage is bigger than the Revell version.

The turrets are from the Hasegawa B-17 kit as are the side gun mounts in the nose. Paint by Tamiya and decals by Super Scale.

I have seen this kit built many times and very few modelers mask the cockpit windows properly. Even Airfix masked the windows incorrectly in some of their editions.

The Norton bombsight has been covered as per regulations.

The Airfix figures are a little small. They are sold as HO scale but are ok for my purposes. The Hasegawa fig. is from their WWII pilots set. They were painted with Humbrol paints exclusively.