With a few members of our gaming club, we recently finally got ourself enough 1/72 scale city ruins to get a decent sized game going.

We decided to work on this about 6 weeks ago and together we scratch-built various ruins, and also finally painted some resin ones that had been lying around unpainted for a long time. The results can be seen below. One of Carlos' modified Altaya Sd.Kfz 250, now converted into an early war mortar carrier with 2 Pegasus figures and 50mm mortar inside 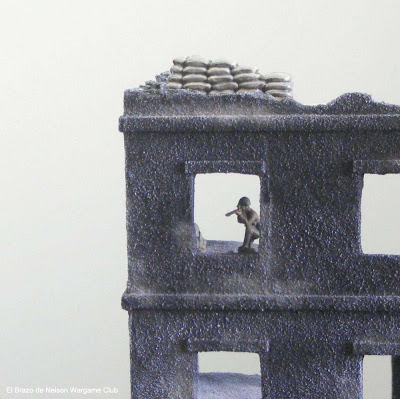 A Revell Russian sniper (very effective during the game by the way) in one of Juan's scratch-built ruins. 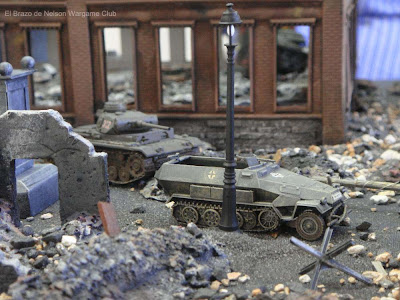 Matchbox Sdkfz 251, one of Carlos' repainted Altaya Pz IIIs and in the background a scratch-built factory by Iván. 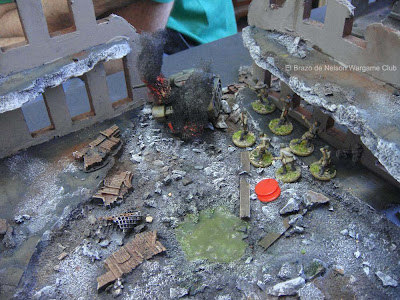 The interior of Iván's factory (with my double-pinned Russian infantry hiding out in there). 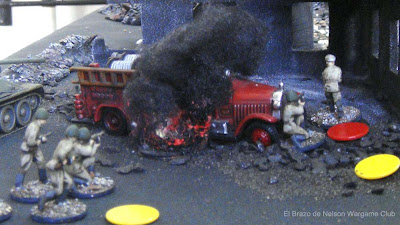 That's what you call a "fire-engine". One of my Russian SMG squads tries to flush out some Germans (The squad is made up from Chinese copies of old Esci hard-plastic 1/72 Russians, which in turn are scaled-down copies of the old Airfix 1/32 scale Russians ..........if all that makes sense.....) Complicated anecdotes aside, these fellas got thrashed as they came onto the table by one of Juan's "last-man-alone" German squads ! 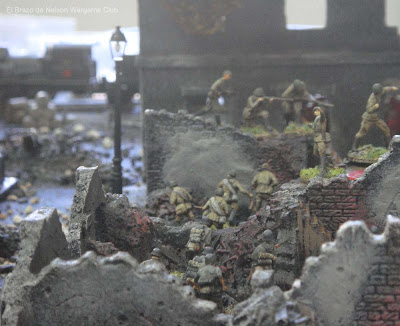 Intense house to house fighting. The ruins are resin I bought off a friend, Rob, some time back. They've been hanging around for about a year now, and were painted last week by Carlos for the game. 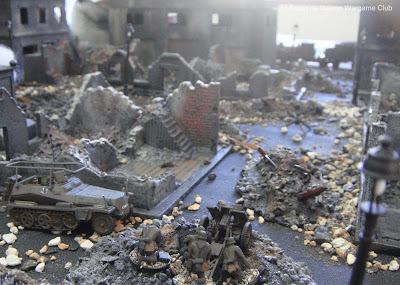 Pegasus German Infantry Gun and crew in a crater made by Juan. 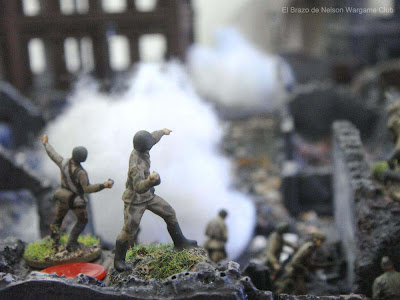 Nice atmospheric shot, Revell and Airfix grenade throwers silhouetted by a smokescreen thrown up by the Germans to cover their advance.

Airfix and Revell Russians trying to take the factory. 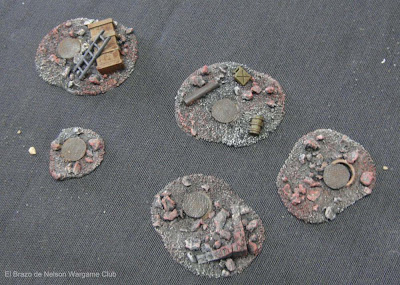 For the game, the we used a system of entry points into the sewers and Juan made these excellente stands with manhole covers as entry points a couple of days before the game. They added a really nice touch and the opposing squads were able to enter and exit at different points on the table.