Yet another replay of Charles Grant's "Action at Twin Farms", this time in a Winter setting, late on Saturday afternoon against my arch-enemy Carlos. 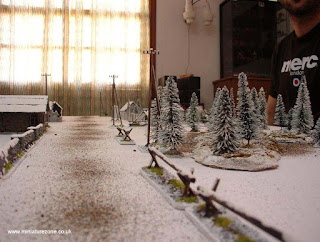 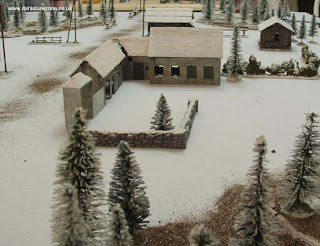 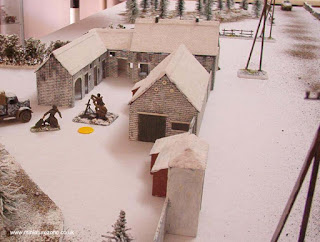 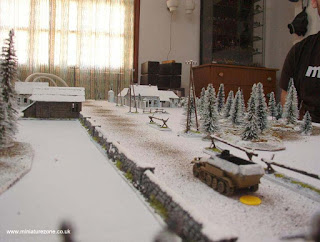 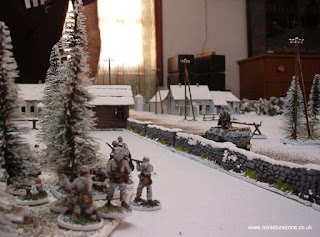 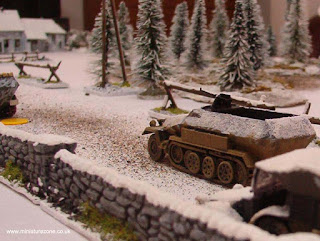 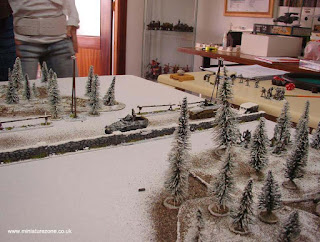 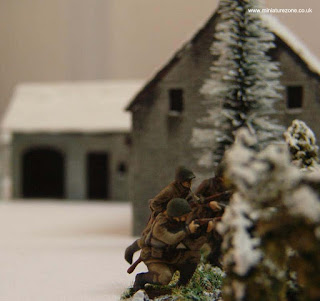 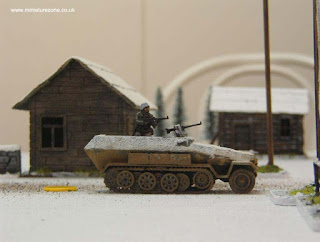 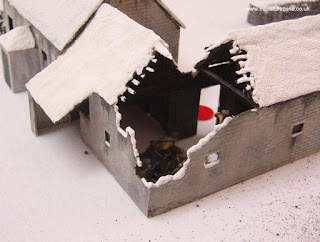 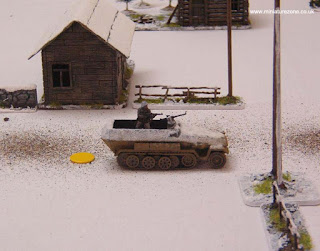 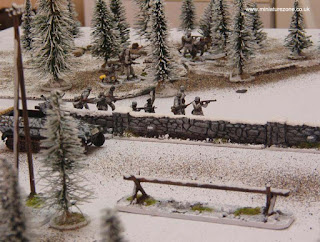 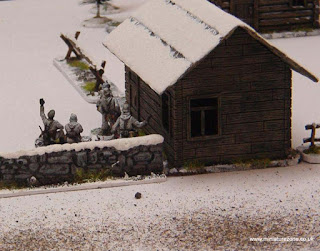 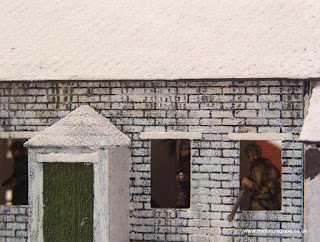 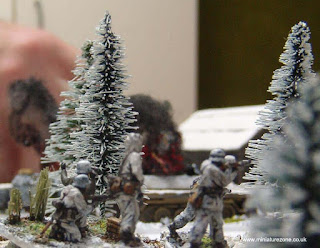 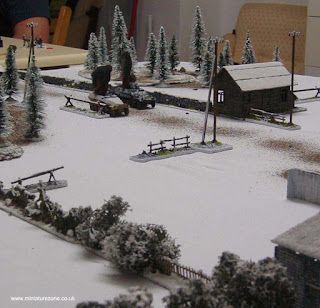 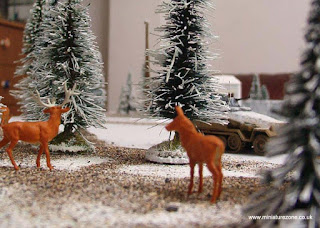 We played the scenario twice over a period of 3 hours and switched sides - on both occasions the Russians were victorious.

We plan to game the scenario again shortly, with some tweaks.
There were also some reindeer hiding out in the forest, but they were passive observers to the action and wisely stayed well out of the way