The old Matchbox British Infantry and 8th Army sets have a good all-round mix of figures, and greatly inspired by the pictures of converted Matchbox figures posted by Paul on his 20th Century Wargames Blog, and Al on the Plastic Warriors Blog, I decided to try my hand at adding more variety to the poses offered in these sets.

So, armed with a scalpel and geared up into a Dr. Frankenstein mode, I chopped and swapped various plastic body parts and came up with the following results.

These are really bad pictures by the way. I took these snaps in the evening with my mobile, and the yellow light from an "energy efficient" fluorescent bulb is nowhere near as bright or defining as a good old 100W tungsten filament bulb. 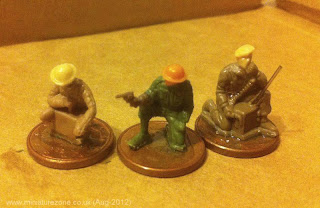 The different coloured figures come from sets spanning around 35 years.


The radio operator with the beret conversion above is the oldest and was very brittle - his original head didn't even need slicing off, it just snapped off.

The dark green officer figure in the middle above and the olive-green figure below are about 20-25 years old but no brittleness to be found, and the beige figures are new Airfix/Hornby re-releases. 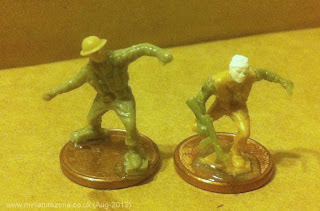 The head on Jack the Knife on the right there is a copy I made from a 2nd version Airfix commando. The arms are off a Matchbox crawling British Commando. 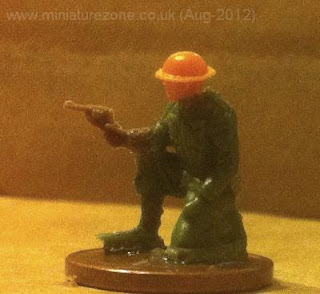 Quite pleased with the way this one turned out. The hand-gun that the original figure was holding looked more like a water-pistol, so I replaced it with a revolver from a pistol brandishing Esci British Infantry officer.

The final batch of WWII British / Commonwealth figures, a mixture of Airfix, Caesar, Matchbox and a couple of old Hong-Kong rip-offs (in dark green). 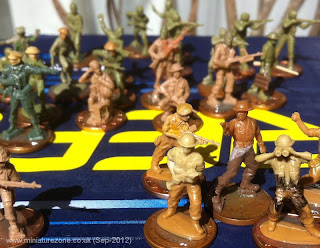 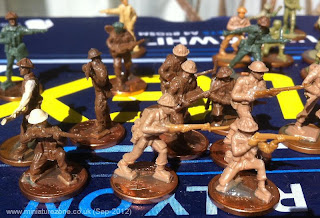 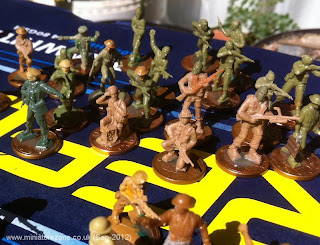 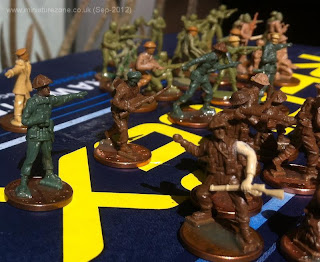 And what a difference a nice bit of sunshine can make- it makes the first lot of photos look abysmal.