Well, here we go again with the Arnhem campaign with Ironivan Disposable Heroes.

Set on September 27, 1944 when the British reconnaissance squadron, commanded by Major Freddie Cough, began to move towards the Arnhem bridge. His orders were to get ahead of the infantry and take the bridge in a surprise attack, but when they advanced they fell under the fire of an SS Training Battalion. The Major was killed by machine-gun fire and the soldiers who accompanied him were wounded. The British objectives are to rescue the wounded and destroy the enemy machine guns, while the German objective is to maintain their troops in good order and destroy the largest number of British units. 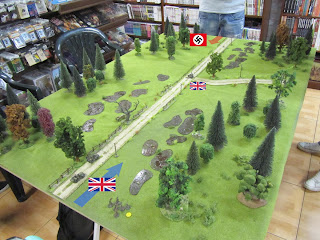 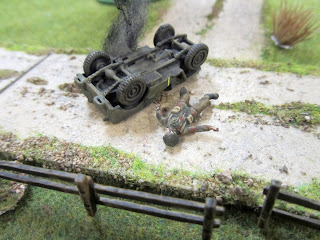 British paras in jeeps roar onto the table to rescue their wounded comrade. 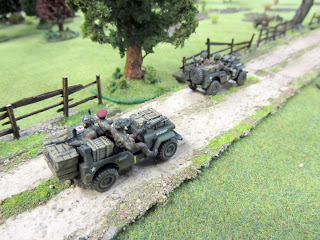 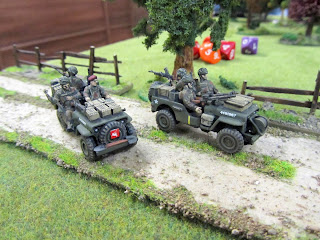 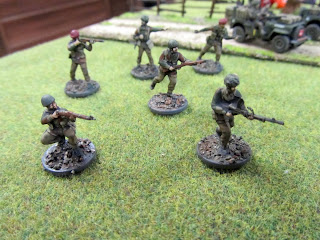 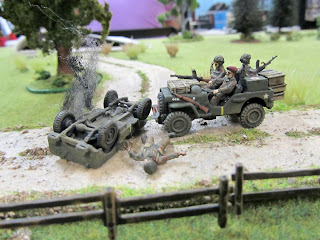 German troops open fire from the cover of light woods 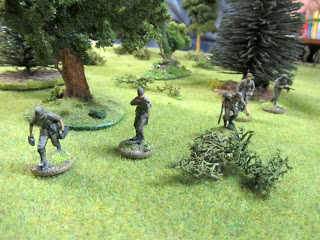 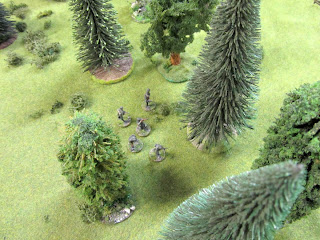 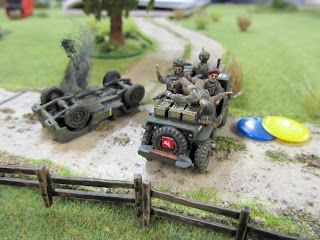 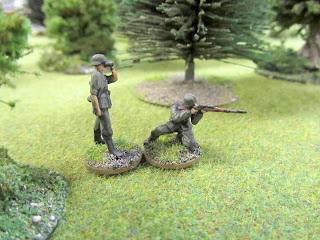 Meanwhile a British light mortar fires into the woods at the Germans to cover the retreat. 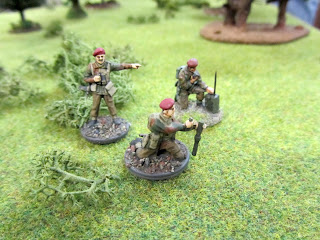 The Brits finally manage to evacuate their wounded comrade, although they have suffered various casualties in the process. 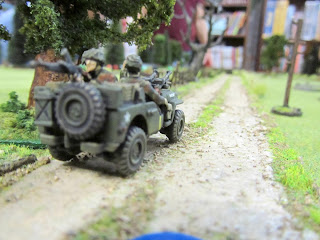