Yesterday I was at a friend's house where there was a board game in progress. The game's based on the a series called "Sons of Anarchy".

What  interested me most about the game wasn't really the game itself -  it's the fact that there were actual biker figures that looked to me to be roughly about 1/72 scale !

At the time I didn't have anything to compare it with, but when I got home I took a picture of a German BMW. 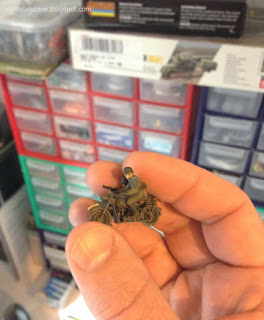 Looks about right doesn't it ? The Son of Anarchy guy could be a passable 20mm biker.Superb for modern-day / post-apoc games. 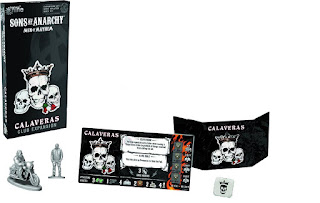 There's also another standing generic "hoodlum" who might come in handy too.  I took a look on internet and rather than buying the game, apparently you can get expansion sets with just the figures, so that might just end up on my next birthday wish list :-)