Battle of the Bulge - Keep Moving


Since the last post, things have kept on moving - not as fast as I would have liked, but at a fair pace.

The HaT / Armourfast M4A3 76mm tanks after having been base-painted, washed/highlighted, and mud-weathered, were given a couple of white stars on the turrets courtesy of the decals spares box - the Armourfast tanks unfortunately come with no decals. 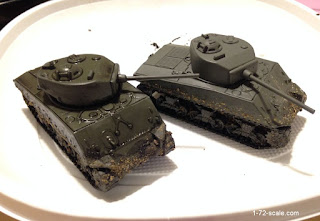 They are also very sparse, no tools or any other kind of stowage, and the hatches are moulded shut, but in spite of looking very bare they are fine for gaming and are now ready for table 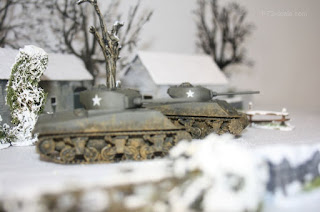 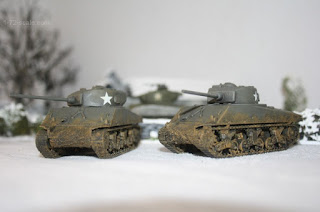 The old Hasegawa M5 High Speed Tractor and 155mm Long Tom that were dug out of the old stash have now been repainted and are also ready for action.

As with the Shermans, after repainting the M5 also received a good dose of mud on the tracks. 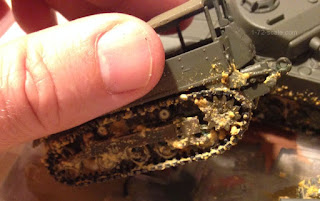 Below the finished tractor and Long Tom, the Armourfast Shermans and a GPA Amphibious 1/4 Ton 4x4 Truck that was also on the painting table. 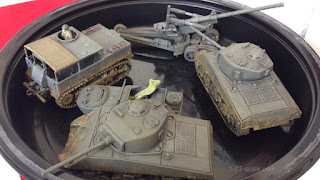 I stuck a figure in there wearing a thick overcoat - he's from the Revell US Ardennes Infantry set. 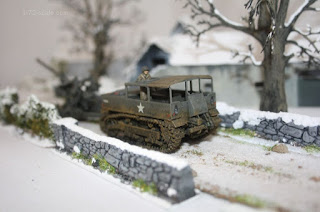 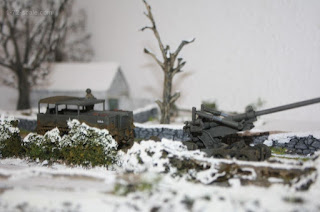 While I was at it, I took a shot of that now finished 1/4 ton amphibious "Seep". It's from the Academy "WW II Ground Vehicle Set -6". I trimmed down and added a few figures to fit in there. 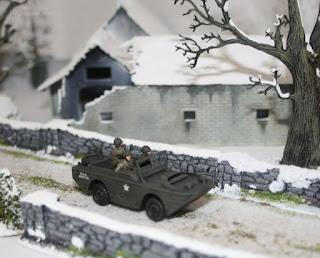 So a fair amount of progress, and more to come.

And to finish off, a taster of what's on the table at the moment. 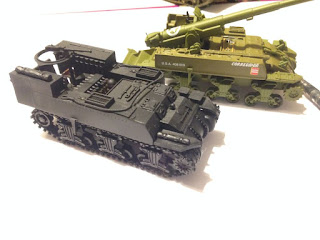 We've got die-cast Altaya / Amercon self-propelled artillery, a Fujimi M30 Cargo Carrier, and trucks of various makes and from various sources - all of which will be repainted and might be finished shortly. 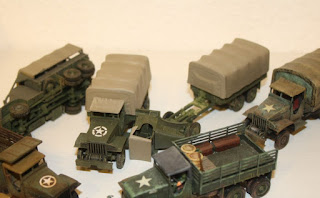 So come back soon, as time permitting there should be another update with work in progress.