A couple of the scenarios in the Berlin campaign that our wargame group gamed some time ago needed some squads of "elderly policemen", many of whom had to be armed with just handguns.

These are figures from various sets of Germans - Revell, Airfix, Caesar, HaT, and even some of Orion's sets of cops-n-robbers and gave them heads with shakos taken from the HaT Industrie 1/72 scale WWI German Jaegers. 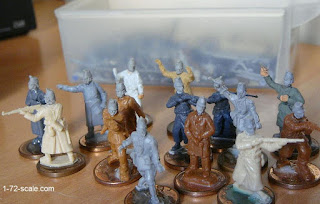 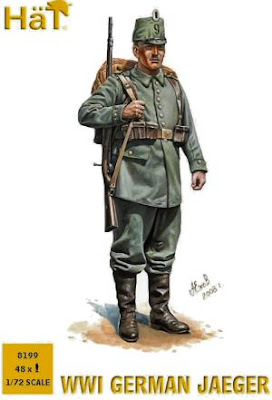