Possibly Brits, Aussies or Kiwis of a certain age might recognise the setup, it might also ring a bell with miniature gamers from other countries who had access to English publications many many moons ago 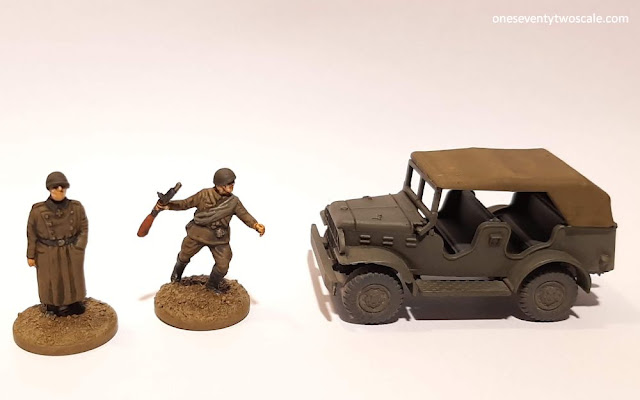 The Iron cross looks a bit out of place on the RED battalion commander, and I didn't expect it to show up so much but the final wash brought out a lot of the figure's fine detail. 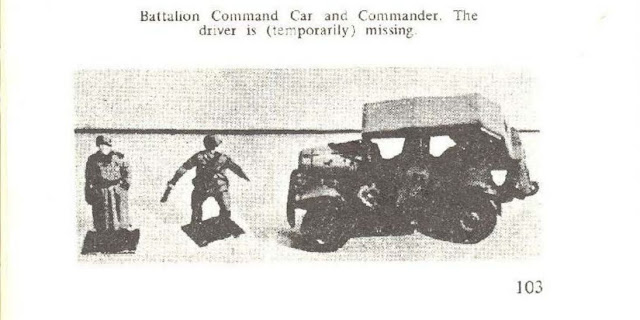 The figures and vehicles are the same as the ones in the original book, German WW1 officer figure with an Airfix Russian head, accompanying Russian officer and the battalion command car is an old Roco Minitanks Dodge.