Repeating here some photos from an old post that was wiped out when the site was hacked a few years ago.

The Airfix 20mm WW2 Italian Infantry set was first released by Airfix in the 1980s and there are some beautifully sculpted figures in the set, but with a limited number of poses. These figures are on the small side and if you mix them in the same unit with other sets of Italian 1:72 scale figures from Esci or Waterloo 1815 they look too small.

You can add more poses to their ranks by using 1:76 scale figures from the Airfix WW2 Japanese Infantry set. 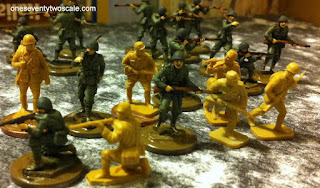 The idea of using Airfix Japanese figures as Italians is an old one. The very first time I read about using them as stand-in Italians was in an old article by Gerald Scarborough when as a kid, long before there were any other 20mm scale Italian Infantry figures available in plastic. 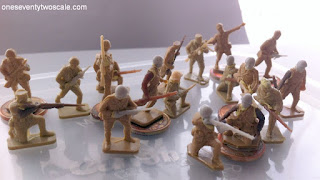 Spare Airfix Italian Infantry figures were used to donate some heads, and some others were given field-caps / bustinas made from epoxy. 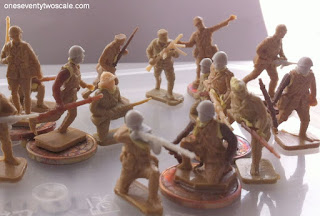 The rifles on the Airfix Japanese figures are too thin and are not very well sculpted so they need replacing with weapons taken from other figures.

In the picture above the converted figures were getting a dry-run test using some blu-tac (actually yellow in this case).

Finally after finishing the conversions the figures were all painted and based. 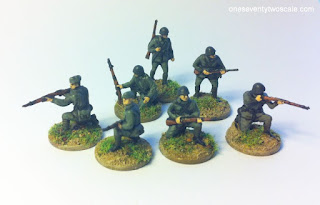 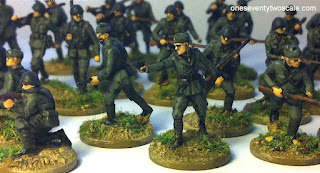 The group also needed some heavy weapon support, so a crude and oversized “representation” of a Breda M37 was made using a Waterloo 1815 Japanese figure with an HMG.

At this point I had no more helmeted Italian heads left, so this Italian sports a head off an old Airfix Russian. I’m pretty sure that veteran plastic enthusiasts will all recognize which set the loader came from too…. 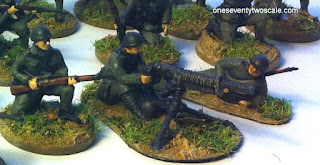