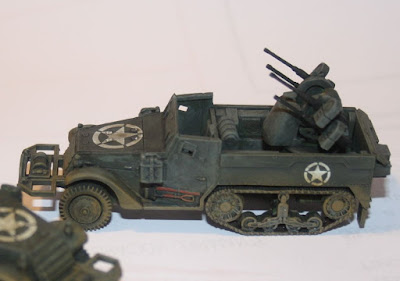 I've had these two Matchbox M-16 quad A/A kits sitting in a box for a good few years. Back when I built them the tracks broke and had planned to fix them but never got around to it. 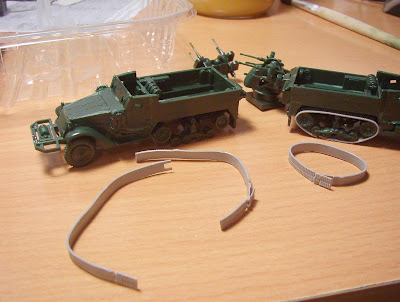 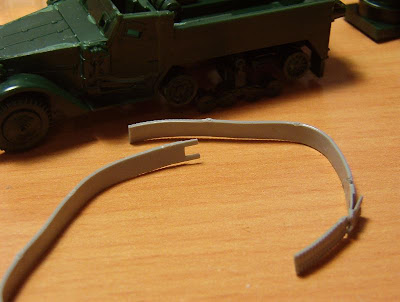 and they've finally been finished today. 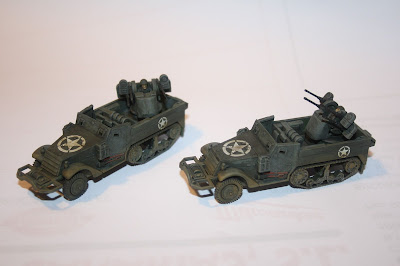 The tracks were replaced with some one-piece fixed track assemblies I got from two old wrecked Airfix Half-Tracks that came in a bag of "pre-owned" kits off ebay.

The original decals have long been lost - or used on some other kit - but I had plenty of stars in the decal spares box.

So , gven the time it's taken to finish these, it's clear I'm a very slow modeler - in spite of that, I'm pleased the way the old Airfix tracks work on these kits.