This photo of "Mr. Churchill" was originally posted on the Miniaturezone blog before it was unfortunately hacked and the whole website was wiped clean last year. 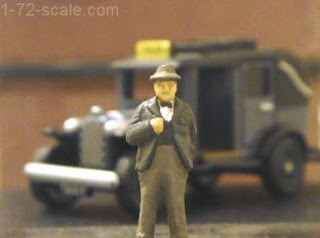 The figure is original vintage from the 1960s, from the old Airfix Civilians set first issued in 1961 and I think he bears more than a passing resemblance to Churchill. 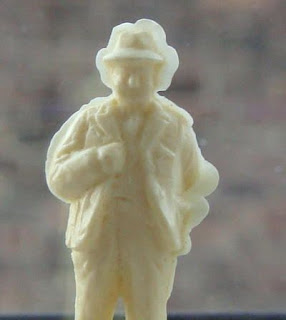 There was a fair bit of flash that needed cleaning off before painting him, but I could have left it I suppose, painted it as a glow of some kind and claimed it was Mr. Churchill's "aura of self-confidence" :-)