My wargaming buddy Carlos recently bought the Italeri Battle of Rorke's Drift set which comes with a very nice MDF version of the hospital and supply depot. 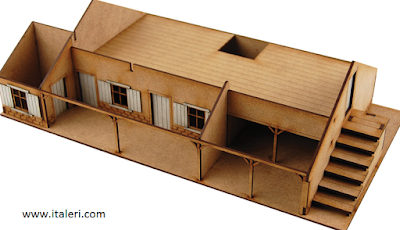 Carlos had put the buildings together but said he wasn't in the mood to paint it, so I was more than happy to give it a go.

The walls were first given a thin coat of Vallejo "Sandy Paste" to give them more of a gritty look. 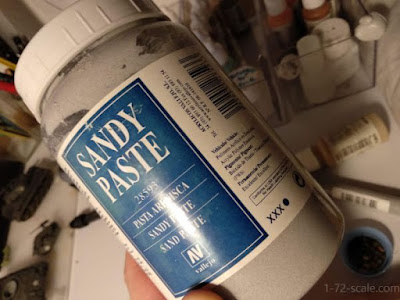 Then once the sandy paste was dry, the buildings were given an undercoat from a cheapo spray can of matt black paint bought in a local Chinese shop (here in Spain there are thousands of these shops that basically sell low-grade dollar-store items and cheap / tacky stuff. They're affectionately known as "chinos" as they are generally owned and run by people from China).


After the undercoat was dry, the walls were "whitewashed" with a few thin successive coats of acrylic paint. 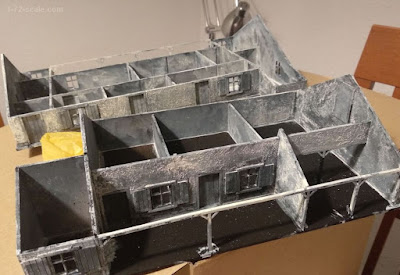 The buildings were then detailed, and finished off with some dry brushing, washes and given a good dousing of pigment powders. 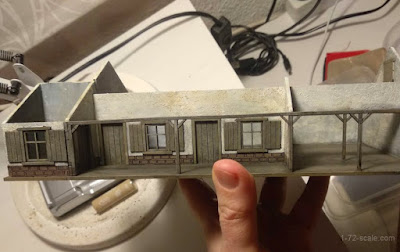 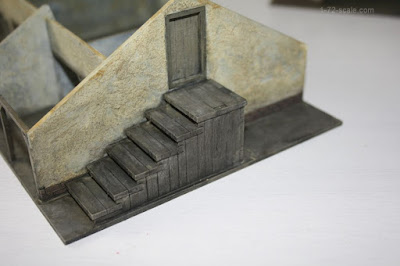 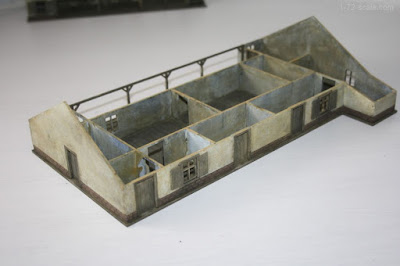 Enjoyed painting these, it was a nice change from tanks and figures, and I'm pleased at how well these laser-cut MDF building look once they're painted. They're also very sturdy but lightweight at the same time.

Anyhow, Carlos now has the buildings back and hopefully he'll finish the roofs soon - he's going to use some fake-fur to give them thatched roofs - we'll post some pictures when they're finished.