Remembering D-Day today, I dug out some old photos from a game we played on this date back in 2004 on the 60th anniversary of the invasion. 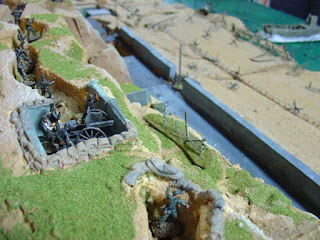 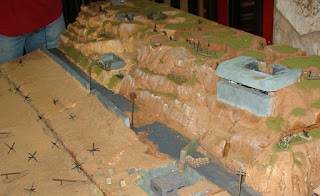 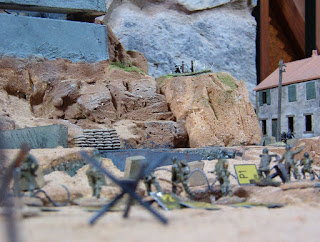 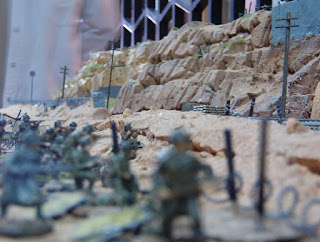 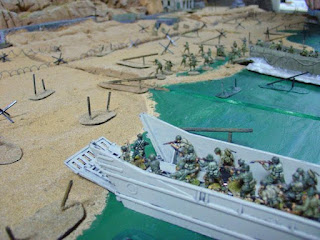 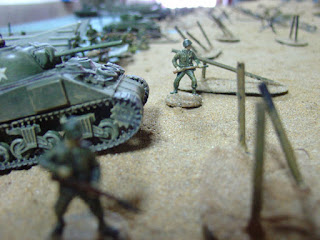 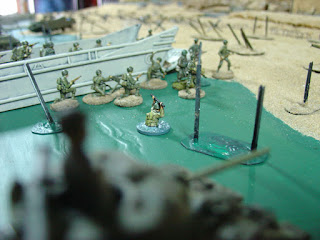 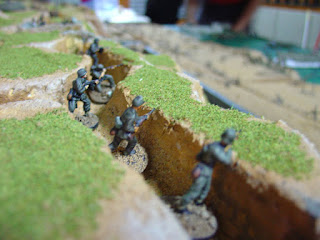 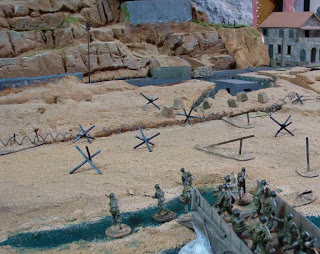 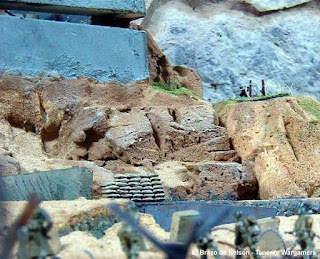 Our good friend Alberto (the flaming red-haired Celtic-Iberian below) designed, built, and spent the whole week before the game putting together the boards. 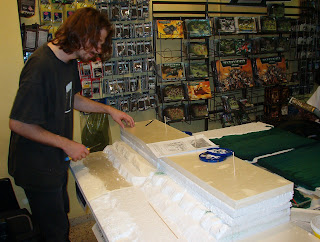 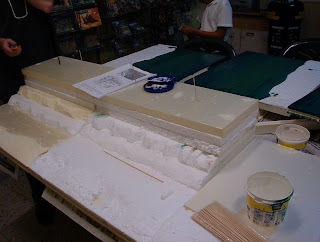 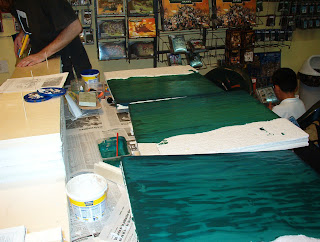 And on the morning before the game we all pitched in to help him put the finishing touches.... these are pictures taken just about an hour before we started. 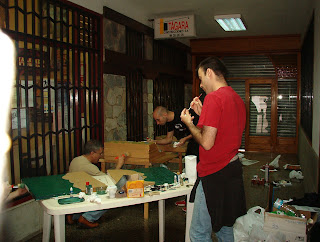 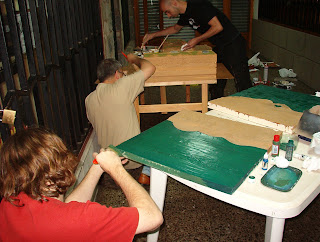 I remember the game was good and we had a great time - fortunately the only victims who died in this battle on that 60th anniversary were just little toy soldiers.

I also remember, to stop us feeling so smug, it was pointed out later that we made the same mistake as Spielberg in Private Ryan and put the beach obstacles the wrong way around. 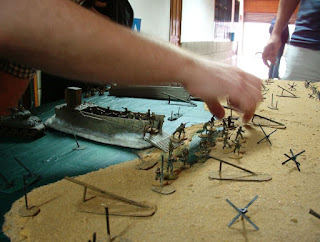 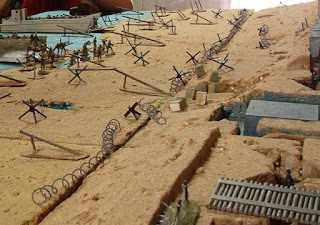