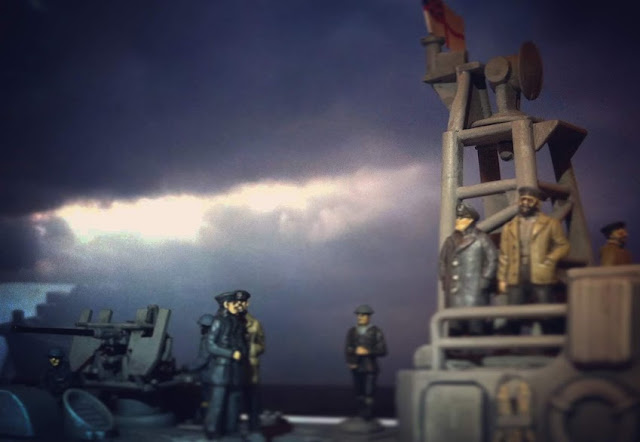 A few years ago our small wargaming group gave a demonstration game of the Operation Biting Bruneval Raid at a local comic / cosplay / gaming event.

The scenario was  designed by one of our fellow gamers Iván, who also built the magnificent terrain board and coastline.

You can see a game report on the link below, which will open up in a new window if you click it. It's in Spanish, but with pictures that speak for themselves

For the game we already had plenty of 1/72 scale Germans as the defenders, and also lots of British Paras left over from an Arnhem wargame campaign (albeit in the wrong uniform for this raid, but we could live with that) and more than enough scenery.

What we didn't have were some rescue vessels to to provide covering fire as the paras were picked up from the coastline, and something to represent the Würzburg radar.

We knocked up a crude representation of the radar just a few days before the game. 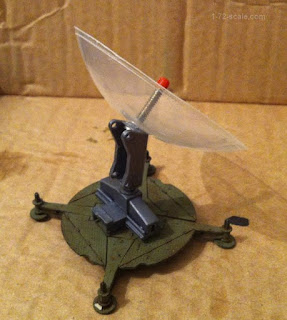 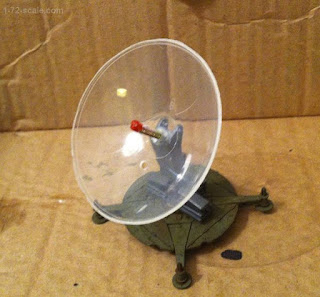 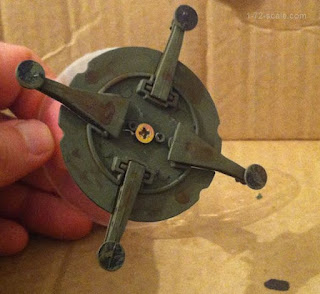 It's basically a perspex ball cut off at the top and mounted onto a structure taken off a toy crane, and then fixed onto the base of an Italeri 90/53 Gun.

A good dousing of grey paint and on the day it did its job and nobody mentioned that it bore only a fleeting resemblance to the real thing. 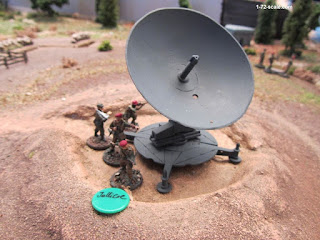 Should also add that nobody mentioned either that the British paras were wearing red berets and were dressed for Arnhem.

This was a bit of an invention, made from a modified toy motor launch. 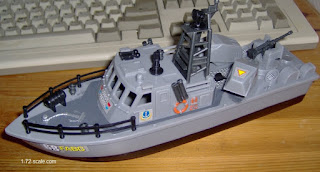 The missile launchers and oversized MG on the the stern were removed and the bridge was taken off and moved forward.

It was also cut down to make it a waterline model and two Bofors were added, one the bow and stern. 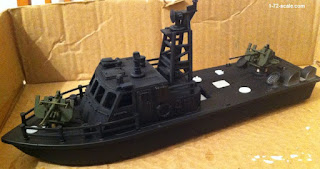 Painted grey and with a Royal Navy Ensign flying, it makes a more or less passable MGB. 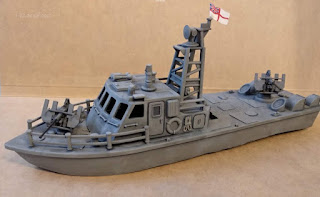 And here she is, MGB "Conversio" providing covering fire as the Paras made their way down to the beach with a German prisoner and parts taken off the radar.

The landing craft crashing onto the beach in the foreground is an Airfix LCM with the pilot's house removed and a few other minor conversions.

The vessels couldn't be complete without crew members, and the sailors are mostly conversions with a mix from various sets. 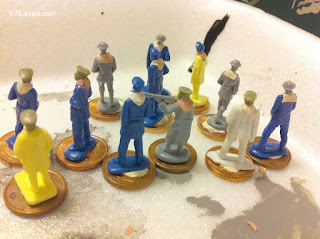 There are a couple of Airfix civilians and a Dapol railway worker with new heads, plus a few Revell Kriegsmarine figures and some Emhar WW1 British 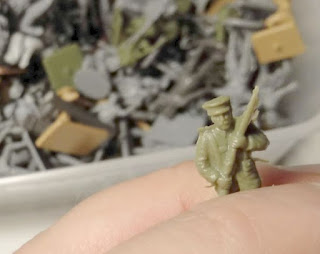 Quite a few of the sailors have heads taken off the old Airfix British WW1 figures in caps as they make good donors and you just need to slightly trim down the visor at the front and they are perfect for representing the flat visorless hat worn by British sailors. 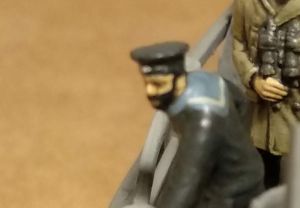 The idea for using the WW1 British Infantry heads like this isn't my original idea, I got it from a very old Airfix magazine article back in the 1970s. 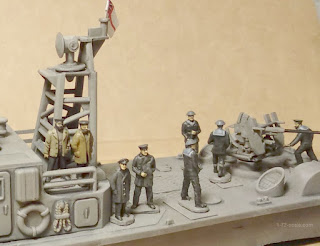 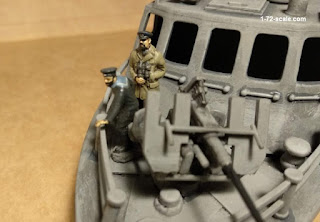 Just to say that I was inspired to finally get around to posting these picture after viewing an excellent post on sailor conversions and a huge WW2 vessel by Simon from the Service Ration Distribution blog which I recommend you visit. You can access his post on the following link (click and it will open in a new window)


As always, keep safe and hope that wherever you are the lockdown is easing and that we are all slowly but surely getting over the worst.